CLICKS OF THE TRADE – Showhouse OCTOBER 2017.

RUPERT BATES meets the co-founder and managing director of clixifix®, the customer care management tool that is changing outcomes for housebuilders, subcontractors and homeowners alike.

The stuck in a lift question can tell you a bit about a person.

Asked to name on the Clixifix website three people he’d be happy to be in a broken down elevator with, James Farrell lists Richard Branson, Conor McGregor and a lift engineer. Branson is clearly an inspirational businessman; McGregor is presumably chosen by the Clixifix managing director as a fellow Irishman, rather than needing his fighting skills in a confined space, while the lift engineer shows Farrell has a practical mind geared to problem solving.

The dinosaur in me, while accepting that the digital age has replaced the Jurassic one, usually groans at the prospect of being talked through computer software. But hey the Clixifix office is a stone’s throw from relations in County Durham so I can throw in a family visit and a few robust nods will surely be enough to convince Farrell I know exactly what he is on about. 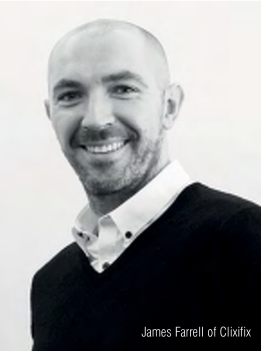 Reaching for the Irish stereotype, Farrell, from Longford in the heart of Ireland, can talk – fast. But between what he calls the ‘jigs and reels’ of data and technology lies a common sense solution to managing the defects and snagging issues that can plague even the best new builds.

Farrell is no geek coding from the basement on a carpet of empty pizza boxes. He has been a housebuilder, having worked for Bowey Homes and, following its acquisition, McInerney Homes. The Irish-owned housebuilder became a victim of the recession and Farrell joined Partner Construction in the North East, a contractor delivering affordable homes.  Working in the public sector meant strict contracts around response and repair times.

“Partner Construction is owned by Barry Smith, who had been managing director of McInerney Homes in the North East, and with little way of knowing if we were responding to issues in time the task was to find a suitable customer care management tool that could help,” says Farrell. They could not find the right SaaS (Software as a Solution) out there, so Farrell and Smith set about creating their own and eventually, after binning, burnishing and beta testing a raft of ideas and technologies, Clixifix was up and running by 2012 – appropriately an Olympic year with Barry Smith having competed in the 5,000 metres at the 1980 Moscow Olympics, running in the same team as his good friend Brendan Foster.

Farrell himself is a talented sportsman having played semi-professional football in Ireland and England. Clixifix’s mantra is that better customer care starts with better communication and now much of that communication is online. But amid the software you need to retain the soft skills; an innate understanding of what both the buyer and the builder need to make a snagging list as short as possible and the defects rectified as quickly as possible.

Farrell may have read marketing at Sunderland University, but he is a consumer psychologist too and it is this ability to understand not only the culture of housebuilders, but the emotions of homebuyers, that helps set the business apart.

“We found companies still using Excel spread sheets to plot the customer care journey and tracking defects and maintenance. It is about implementing change as much as software,” says Farrell. Farrell believes one of the biggest industry challenges is closing the gap between the aspirational advertising and sales messages – ‘Move into your perfect new home today’ – and the reality of a building that is going to go wrong. “The key is how you deal with the bits that go wrong and communication between buyer, builder and sub-contractor is absolutely critical. Everybody has to be part of the same conversation, working towards the same goal and to the same timeframe. 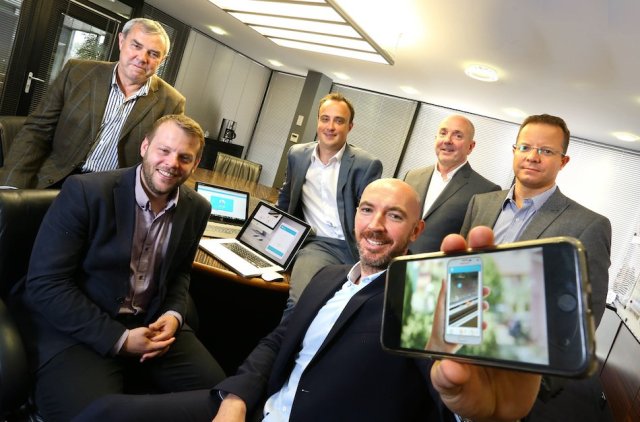 In digital terms that means one simple dashboard and collaboration to manage all defects.” Last year Clixifix received six-figure backing from the Finance for Business North East Accelerator Fund, managed by Northstar Ventures and appointed Kelvin Harrison, the former chief executive of IT services group Maxima Holdings, as Clixifix chairman. Clixifix has an impressive portfolio of housebuilding clients including Galliford Try, Ballymore, Argent, Bewley, Hill, Stone Homes and Pocket Living, with the service priced on a per plot basis. “It maybe a cliché, but if you can’t measure it, you can’t manage it.

Our application is as much about the company culture as it is the software.” Pocket Living says as its customers are first time buyers, Clixifix is very useful in reassuring purchasers their issues are organised appropriately, being dealt with and that they are kept in the loop, with the reporting function recognising trends in defects relating to design, developments, contractors and sub-contractors and helping to reduce or eliminate them. Unique tickets for every reported defect or repair – categorised by priority and time and date stamped and tracked – are issued and can be measured against company KPIs on response times, as well as where they fall in warranty periods, with ‘traffic light’ methodology.

The system can upload supporting documents and images from mobiles and make appointments on the move. “Once you create the ticket, there is a chronological countdown until the ticket is closed or resolved. Every one of the team has a unique user name and password to log in and they can see the dashboard, which shows them how many tickets are open.

The sub-contractors are nominated on the ticket so they know how long they have to respond, and the process goes from there,” says Farrell. “It is about communication and creating a positive message, sharing successes, by handling defects quickly and effectively to everybody’s satisfaction – be it the homeowner, developer or sub-contractor. 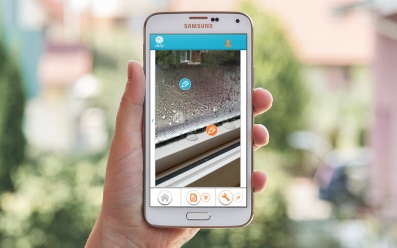 After care is so important. Nobody wants the problem to escalate up to the construction director or beyond.” The financial director becomes very interested too.

The Clixifix system means it becomes clear where the failings are as yet another boiler goes bang, highlighting recurring defects and who the guilty parties are costing time, money and reputation. If the buck has been tracked and signed for, it is very difficult to pass, with a transparent audit trail. “We could easily produce league tables of best and worst in class,” says Farrell. It is not just about the trade’s faith in the system, but also the homeowner, offering B2C as well as B2B solutions.

Argent says the Clixifix software is very easy to understand and developed specifically for customer care, with the mixed-use developer looking for full accountability and ownership for customer care from land, build, sales and through to aftercare. Snagging might be perceived by the purchaser as the house gone wrong, but if dealt with properly with buyers able to log on, report issues and track the status of the ticket in real time, it becomes a key plank of customer care and brand reputation.

In his football days Farrell was an old fashioned centre forward. “I never scored enough goals.” Clixifix is consistently hitting the back of the net via a service it calls ‘the internet of customer care’ and its housebuilding industry fan base, especially among SMEs, growing fast.

Ideas on People and Performance, Team Building, Motivation and Innovation

Software Is Eating the World

The Buzz in Business
The Terrace